A light novel is a medium of storytelling in japan similar to regular novels, but shorter and with the inclusion of some manga style drawings. Light novels are usually the means by which a series gains popularity before being adapted into manga and anime respectively. We have compiled a list of six fantasy light novel series we believe are wort the read.

RE: ZERO STARTING LIFE IN ANOTHER WORLD

A series that your average fantasy fan would call a masterpiece. Re:Zero follows the story of Natsuki Subaru, a shut-in otaku who is transported to another world on his way home from a convenience store. This series is well known for its great story, world building, and character development, which made it popular enough to get both a manga and anime adaptation. The anime aired in 2016 and was very well considered to be one of the best shows of that year. A second season of the anime series has been announced.

Imagine being reincarnated in another world, seems cool right? Now imagine being reincarnated as a goblin. After Tomokui Kanata’s unfortunate death due to…… unforeseen circumstances, he awakes after being reborn into the weakest race as a goblin named Rou and vows to live this life to the fullest. With the memories of his past life and an ability that allows him grow stronger by eating, Rou is going to challenge this world where it is survival of the fittest and only the strong survive. A survival fantasy that is full of action as well has having a great protagonist and story, truly worth the read. This light novel has been adapted into a manga series that is currently ongoing.

Touya Mochizuki is a fifteen year old boy who God kills, by accident. As an apology, God resurrects him and sends him to a new world while giving him a single wish. Touya wishes to be able to use his smartphone in his new world, which makes God alter the device in a way that allows him to still access information from his old world without being able to send out information himself, and also for it to be charged by magic. God also boosts his physical and cognitive abilities as well as giving him a great affinity for magic stating “It would be a waste to resurrect you only to have you die again rather quickly”. After being sent to the other fantasy-like place, Touya begins working as an adventurer and befriends many different people, mostly females and high ranking figures in the new world and travels from country to country taking quests to improve his guild rank and solving various political issues while enjoying the company of his new comrades. This light novel has been adapted into both an anime and manga series. The anime aired in 2017 and has only one season, consisting of twelve episodes. 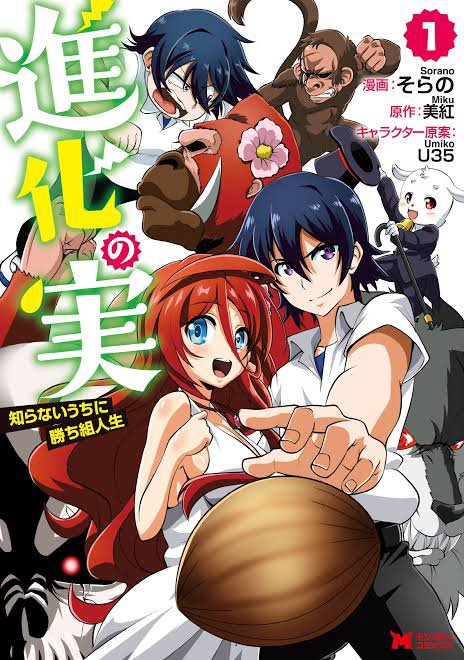 Hiragi Seichi is a short, fat boy who is normally called names like ugly, disgusting and smelly at school due to his appearance. The bullying at school was a frequent part of his daily routine until one day a voice from the school’s PA system announces that he is a god and also that everyone in the school will be transported to another world. Being told that they are to group up before they are transported, Seichi is left alone as the only person without a partner. This prompts the god to give him an extra skill for his survival as being the only one without a partner means he will be transported to a different place than everyone else. After his arrival the first thing Seichi would eat was the mysterious “Seed of Evolution” which would later change his life. This is a fantasy story about an underdog who rises to become one of the champions.

ARIFURETA: FROM COMMONPLACE TO WORLD’S STRONGEST

This story is a dark fantasy that follows Hajime Nagumo, a high school student who is summoned to another world together with his class as heroes. Upon arrival, they are all revealed to each have special “jobs”. Unlike his peers, Hajime appears to have the job “Synergist” which is commonly held by blacksmiths, making him useless in combat. One day, they are attacked by a monster while attempting a dungeon raid. Hajime lures the monster away from the group, allowing everyone else to escape, but is dragged into the abyss along with the monster. In a dungeon full of monsters, if Hajime wants to survive, He has no choice but to become one with the abyss.

THE RISING OF THE SHIELD HERO 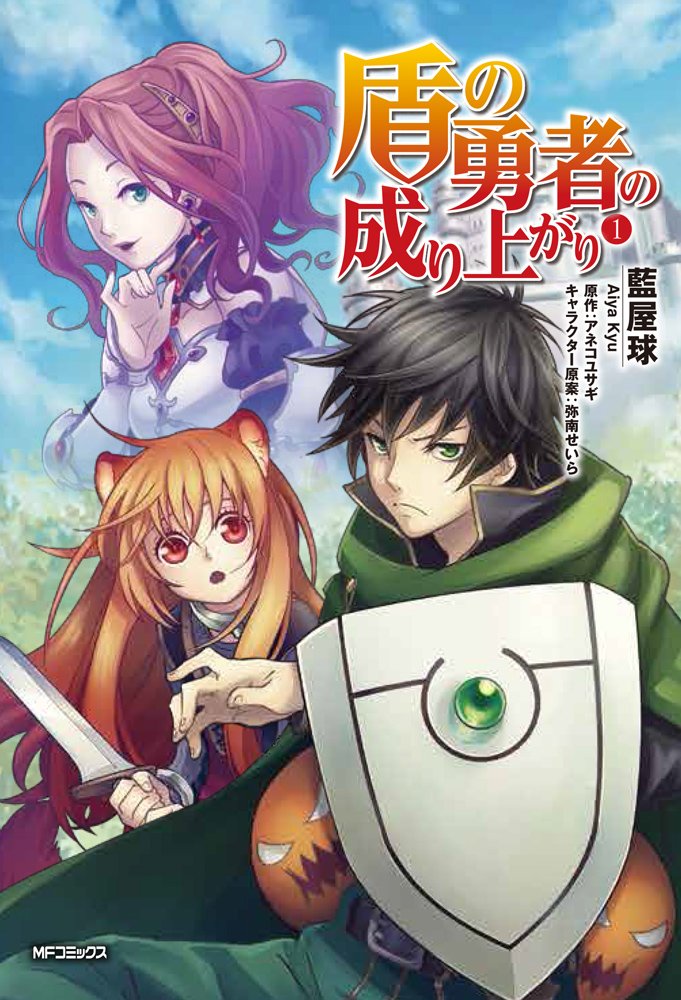 Iwatani Naofumi, a normal university student, was summoned to another world as a hero along with three other young men from different versions of Japan to stop events called waves from happening. Upon arrival, each of appears with a weapon in hand namely the sword, spear, bow, and shield. Naofumi, being the shield hero, is teased by the others heroes for being of a defense class which can only block attacks while not being able to do any damage himself, which he casually brushes off. After being assigned party members, Naofumi seems to be the only person with a single party member, which he takes offense to, but once again brushes off. This seems to backfire as his party member is revealed to be the princess and frames him for a crime he didn’t commit while also stealing his money and belongings, which tarnishes his reputation and distances him from the other heroes as well as the citizens of the kingdom. With nobody to turn to, he decides to buy a slave named Raphtalia and an egg which hatches into a bird monster that he names “Filo” to help with his lack of attack power. He manages to train them well enough to battle the waves. Upon protecting the kingdom and solving crises, he slowly gains the respect and gratitude of the people. while he also tries to solve the mystery behind the waves that rampage the world.